Working with APIs and Developer Experiences for over 15 years, I’ve watched many companies make the same mistakes over and over when launching their Developer API Platform. Having an API Platform where Developer’s can integrate your solution with others is a requirement for Cloud and SaaS businesses. Not only are these integrations a form of marketing your solution within another product’s ecosystem, it also reduces churn significantly. When a Developer integrates your APIs into their own solutions, there becomes a bond that isn’t easily removed. Here are seven of the most widely made mistakes that crippled or killed many Developer Platforms.

1. Launching a Developer Platform without a clear understanding of its business value

This happens over and over. Businesses launch Developer APIs without a clear understanding of the business value they are going after. Case in point, Twitter and LinkedIn. Both companies initially opened their data up to Developers to only have their Developer Platforms closed a couple years later. The main reason for the reversal being that a majority of the products built with their APIs ended up being competing products. Twitter saw a deep decline in advertising revenue and traffic to their apps as Social Marketing solutions such as Hootsuite and Tweetdeck were becoming the front end to Twitter for many users through their APIs. LinkedIn had a similar problem. Both companies have since reevaluated their API offerings and relaunched successful Developer offerings that add value to the company. Making sure your business has a clear understanding of what types of integrations return value to the company opposed to depleting value needs to be set from the start.

2. Not treating the Developer Platform as a separate product

Launching a Developer Platform can be a massive growth tool for your SaaS business. But for it to be successful it needs the same attention you give your core product. The Developer Experience and APIs you launch need to be treated as a completely separate product offering for it to see success. An amazing Developer Experience that has the potential for widespread adoption can be just as complex a product as your core solution. It’s a product of its own, with its own product lifecycle, feature roadmap, and customer base (Developers) unique to its own. At the very least your Developer Platform should have its own dedicated Product Manager.

3. New features not being accessible through APIs in a timely manner

As more and more Developers begin to adopt your APIs into their own solutions, making new features you’ve launched available via your APIs as well will become important in keeping your Developer community happy. “API-first” Design and Development to the rescue! As Developer API offerings have become the norm with SaaS businesses, the concept of API-first development has become the new standard in SaaS product development. With API-first, SaaS products are built accessing the same APIs offered to developers. That’s an overly simplistic explanation. I’ll have a full article on API-first SaaS product development out soon for a deeper dive on the subject.

Back in 2018, a data security breach by one of Facebook’s Developer API users, a company called Cambridge Analytica, nearly sank the company and put its founder Mark Zuckerberg in front of US Congress to explain its lack of Developer oversight in protecting its user’s personal data. Prior to this breach, Facebook’s oversight into how Developers were using personal user data accessed via their APIs was pretty relaxed. What happened after was a complete freeze on the use of their APIs followed by a completely new process for reviewing every app integration a few months later when the Developer Platform resumed operations. What can be learned from this? If your Developer solution provides access to any data belonging to your users, it’s important to have some form of simple app review process built into your Developer Experience. The ability to view analytics on the API calls made by your Developer community is essential.

5. Tracking the wrong KPIs or none at all

Remember #2 above? Yes, Developer Platforms are a product unto itself and therefore requires its own set of KPIs to measure success. In the world of Developer Platforms, the term “Zero to Hello World” is often used when describing the process of getting Developers from first accessing your Developer Portal to the finish line of actually building an integration. Its no different than how you think about getting free trial users to convert to paid subscribers. Choosing the correct KPIs to monitor and instrumenting the Developer Experience to track how Developers are using your platform gives your Product Manager the insights needed to continually iterate on the developer tools, SDKs, sample code, documentation and other components needed to help Developers launch integrations faster. A full article on this topic alone, can be found here.

6. No product buy-in from leadership

Unfortunately I’ve seen this happen too many times. Building a successful Developer API Platform takes resources. It’s important that everyone from the top down is excited about how the Developer Platform will transform the businesses growth and revenue potential. This step solves a lot of headache when asking for more engineering resources later. Trust me!

I’ve seen many companies take an “If you build it, they will come” approach to the launch of their Developer Platform. When has that ever worked?!? Especially in the SaaS business. Just like any product launch, if you can’t attract users (or in this case Developers) your product is dead. Launching your Developer Platform opens up an opportunity for press if done correctly. Prior to launch, find a few partners willing to integrate your new APIs into their solutions to showcase your APIs capabilities both to the press and within your Developer Experience. There are also places online such as RapidAPI where Developers can discover your APIs.

As Winston Churchill once said, “Those that fail to learn from history are doomed to repeat it.” Understanding the mistakes made by others when launching their Developer API Platforms will help you avoid those same common mistakes and get your Developer solution to success quicker.

Feel free to email me at christian.taylor@zerotwenty.one if you’d like to talk about your own Developer API Platform. 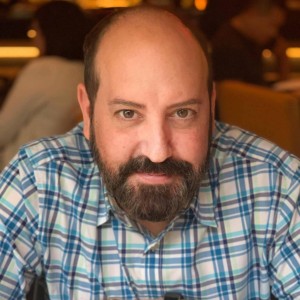